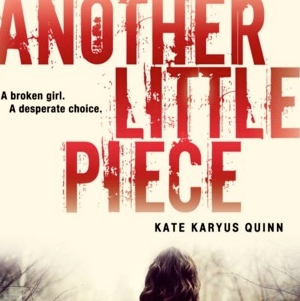 THE STORY:
Annaliese was missing from civilization for exactly one year and when she returns, she remembers nothing. Logan Rice, the last person with her before she disappears comes back, and welcomes her and tries to protect her from the abuses of the insults because she suddenly became popular and no one likes her any more except for Logan, Gwen, and Dex. Annaliese soon realizes that something is wrong and it started decades ago and even further on before with Eric. While Eric tries to convince her to do the ritual, she begins to have flashbacks and sees her past. Soon Annaliese starts to ditch classes with Dex and he shows Annaliese his special power and decides that he too is abnormal and shares the secret between the two of them. Eventually, Annaliese receives messages from an unknown god, who expects her to do the ritual and move on, but Annaliese feels that the ritual is improper and rebels against the god, and so the god shows up again and again to try and force her to do the ritual. Once she realizes that she had a choice, she chose the right path and everything changes for her.

MY OPINION:
When I read it the first time, everything was at a slow pace until the flashbacks began. I realized that the story was going to be a short one. The author could have written much more to the story, because the story was only descriptive when it came to gruesome scenes. Soon after many exciting things happened, there would be a downfall of excitement and that would balance things out. I would say that it was not very creepy or scary to me in any way. I would recommend the book to grades nine to twelve because of the language, but if you replaced the inappropriate words with other words, than the book could be for seventh to eighth grade. Besides that, I would rate the book eight out of ten.

3. How did Annaliese gain her first memory back?
3a. Logan told her what had happened on the day she disappeared.

4. Where is all the food to feed the army?
4a. The food is in the basement.
5. What happened to Annaliese during the three seconds of darkness in Dex’s video?

5a. Annaliese disappears without warning.

6. What did Logan Rice buy when he was at the vending machine?
6a. He bought a bag of Fritos, another Doritos, pretzels, and a pack of Starbursts.
7. What language do the three burjas speak?
7a. They speak in Spanish.
8. Who is behind everything about Annaliese?
8a. The Physician is behind everything.
9. What is the sharp and silver thing that hits Annaliese’s head?
9a. It was a pickaxe.
10. Who’s name was on the piece of paper left by the Physician?
10a. Lacey Lee Beals’ name was on the piece of paper.

11. What was in Anna’s pocket when she went to put her razor into it?
11a. There was a cough drop, a button, and a crumpled napkin that was used to mop up coffee.
12. What are the distinct details of the heart that belonged to Jaclyn?
12a. It was muted red and had a bite mark.
13. After Anna exclaims, “Nicotine craving,” where is her secret stash of cigarettes?
13a. It is in her faded childhood box and under the ballerina and hidden in her pile of ticket stubs and single earrings.
14. What does Annaliese’s mom do when Anna tells her that she is not Annaliese?
14a. Annaliese’s mom tackles Anna and forces Anna to believe that she is Anna’s mom.
15. What does Anna do to Dex before going to MacDonalds?
15a. She knocks Dex out before going to MacDonalds with a stun gun.