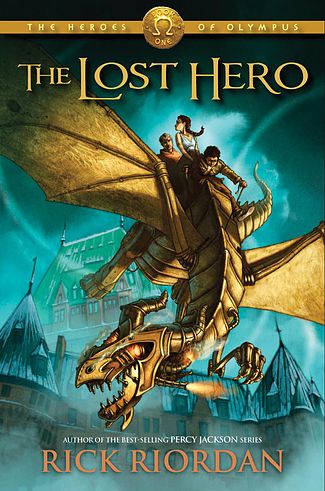 Jason Grace is confused when he wakes up on a bus with a girl holding his hand. He does not remember his girlfriend, Piper and he does not even remember his best friend, Leo. He does not remember anything except the name of his sister Thalia Grace. Jason has lost his memories. They were going to Grand Canyon with their Coach Hedge. They get attacked by some storm spirits that is when Annabeth Chase from Camp Half Blood, daughter of Athena rescues them and takes them to Camp Half Blood telling them that they are demigods half humans and half Gods. As soon as they reach Camp Half Blood Leo is claimed by his godly father Hepatitis, the God of fire and blacksmith. Piper is claimed by her godly mother Aphrodite, the Goddess of love and beauty, but Jason is not claimed at Camp half blood as he was already claimed by Zeus, the eldest son of kronos and the God of lightning and sky. Jason, Piper, and Leo are sent on a quest to save Hera, the Goddess of family and marriage as she is locked in a jail and she also took Jason’s memory. If they fail the quest then Gea, the goddess of earth  and  her sons the Giants will over power the gods. Piper’s dad is kidnaped by one of the giants and Gea is invading her dreams telling her to betray her friends or she will kill her father.

MY OPINION:
The book starts from Jason has lost his memories. There is always a problem that stops them from proceeding and they have figure out how to get away with the problem. This keeps the reader’s attention and makes the reader wanting to read more. The way the story’s pattern is going, we can conclude that the heroes are going to win and there will be happy ending, but the story still continues with the second book. I would suggest this book to age around 11-14 because the author uses good word choice that is good for this age group. The author has written three series till now and i hope he will write more. I would rate this book 10 stars out of 10 because this book is full with thrill, suspense, and mystery.