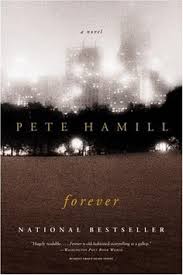 THE STORY:
Robert Carson is born in Ireland in the 1700’s. He lives in a log cabin out of town with his father John Carson and his mother, Rebecca. Tragedy strikes Robert’s life when he and his mother go into town, and Robert’s boots stick in the mud, with a carriage belonging to the Earl of Warren bearing down on him. His mother brings Robert to safety, sacrificing herself in the process. After that incident, John Carson reveals his true religion to Robert. Their name is O'Connor, Robert’s name is Cormac, and they worship the old Celtic religion. They bury his mother in the woods, where the rest of Celts hide, and Cormac continues the rest of his education there. The townspeople eventually come to investigate, and the Earl of Warren himself comes to confiscate their beautiful horse, Thunder, and kills Cormac’s father in the process. Cormac is furious at the Warrens and vows to vanquish them all. He comes back home later on, when it is completely abandoned, and finds a sword, several pounds of money for his journey to America, and a letter to Cormac, all from his father. After discovering that the Earl has gone to New York already, Cormac steels himself for the epic chase and successfully avenges his father. During the commotion that follows Cormac is killed, but he is reincarnated through a African slave called Kongo, and given the gift of immortality, on the condition that he can not leave Manhattan. Cormac’s long life has just begun.

Because most of the people who recommended this book to me were adults, and none of my friends or same-age peers had read or heard of this book, I thought I wouldn’t be able to understand the storyline. After reading a bit, I realized that there were not any deep meanings in the story. It was very straightforward and clear in most parts of the book. The story was about a child growing up in the early 1700’s and living forever, making decisions throughout his life and experiencing everything that ever happened in New York, all the way from its roots. Like some other books, the ending was vague to me and had a deep understanding that was completely unclear, and I didn’t understand it very well. It felt like foreshadowing, and I wished there was more to the book so I would understand it better. I would recommend this book to high school students and eighth graders because there is some swearing in the book and other explicit material. I would rate this book eight out of ten stars.

1. In which country is Cormac born?
1a. He is born in Ireland (pg. 3)
2. The main character of the book is Robert Carson, but what is his actual name?
2a. His name is Cormac O’Connor (pg. 51)
3. Which religion is Cormac actually part of even though he says he’s Protestant?
3a. He is a Celt (pg. 51)
4. What did the Protestant earl and his men kill Cormac’s father over?
4a. Cormac’s father’s horse, Thunder was the cause. (pg. 92)
5. Who does Cormac make an acquaintance with on the ship?
5a. He made friends with Mr. Partridge, an Englishman (pg. 126)

MIDDLE SECTION
1. Did Cormac die and if not, how did he survive?
1a. Cormac died, but with some magic, Kongo, a slave whom Cormac had made friends with on the ship, brought him back from the dead. (pg. 256)
2. What were the conditions for Cormac’s new immortal life?
2a. Cormac couldn’t leave Manhattan, or else he would die, and also never be able to cross to the “Otherworld”. (pg. 260)
3. How did Cormac and General Washington forge a kind of connection?
3a. Cormac grabbed the general’s horse’s reins when Washington tried to gallop straight into enemy gunfire, and Washington thanked him for saving him. (pg. 271)
4. Why did M. Breton come to see the Countess of Chardon?
4a. He wanted to say a final goodbye before he killed himself. (pg. 354)
5. How did Cormac come to know Bill Tweed?
5a. He helped Tweed in a fight and saved him. (pg. 368)

LAST SECTION
1. What did Cormac see under the slabs of rock near the collapsed bridge?
1a. He saw his father in a greenish light calling to him.(pg. 421)
2. Who is Cormac friends with, and what connection does this acquaintance have to his quarry? Of what importance is this?
2a. His quarry is Willie Warren, and he is friends with Warren’s wife, Elizabeth. This helps Cormac get an idea of what Warren is like and decide whether or not he should continue killing the Warrens.(pg. 498)
3. When does Delfina tell Cormac the truth about her age and life?
3a. She tells him the truth when she comes back from the Dominican Republic, after seeing to the funeral of her father. She is actually thirty-two, not twenty-eight, and lived in Puerto Rico before. A priest told her to come back to New York, just in time for Cormac.(pg. 556)
4. What happens on September 11th?
4a. Some terrorists hijack 4 planes and smash them into the Twin Towers, the Pentagon, and a field in Pennsylvania. Delfina works in the North Tower and Cormac rushes into the middle of the confused, scared crowd looking for her to save her.(pg. 575)
5. Does Cormac decide to go to the “Otherworld”, leaving Delfina and the whole world behind?
5a. Cormac does not go through the portal to his mother and father and his old friends. Instead, he decides to stay with Delfina and his son forever.(pg. 607)