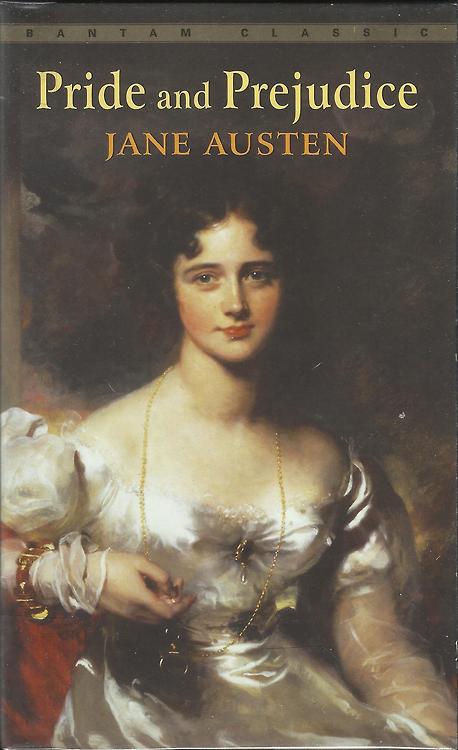 Elizabeth Bennet, the daughter of Mr. and Mrs. Bennet, has four sisters named Jane, Mary, Catherine, and Lydia.  When Mr. Bingley, a rich and single man, rents a home near them, Mrs. Bennet immediately hopes that one of her daughters will marry him, so the family can gain some much needed money.  Mr. Darcy, Mr. Bingley’s intimate friend, begins to become interested in Elizabeth.  Because he is filled with pride, she does not return the feeling.  Jane and Mr. Bingley quickly grow attached to each other, but Mr. Bingley’s sisters do not approve.  They wish that Mr. Bingley would marry someone of a higher class.  Also, Mr. Darcy believes that Jane does not actually have any feelings for him.  Therefore, Mr. Bingley is convinced to depart with his sisters to London, leaving Jane behind, heartbroken.  Meanwhile, Elizabeth hears countless rumors of horrible acts Mr. Darcy had committed, causing her to greatly dislike him.  Suddenly, Mr. Darcy himself arrives, declaring his love for Elizabeth.  She is stunned, and rejects him impolitely, ignoring his efforts to defend himself from her insults.  Afterward, she receives a letter from him explaining how he was wrong about Jane and why the rumors of him are false.  Elizabeth suddenly realizes that she had been prejudiced against Mr. Darcy, and her hatred vanishes, replaced with shame.  When Lydia unexpectedly runs off with a disliked officer, Mr. Darcy tries to save the family reputation by finding them, and Elizabeth begins to fall in love with him.

MY OPINION:
Jane Austen enhances her story with strong and descriptive words from the 1800s.  The first couple chapters were slightly difficult to comprehend because of all the introductions of the new characters, but as the story progressed, my absorption in the plot increased rapidly.  The author expresses her talent of weaving numerous complicated events together to form a conflict, and her writing style is truly exceptional.  For example, the famous first sentence of Pride and Prejudice acknowledges that every man who has a great fortune must long for a wife.  This sentence gives a brief overview of the entire book, for Mr. Darcy and Mr. Bingley, who are both extremely rich, must want a wife.  The characters all have distinctive personalities that are unique in their own ways.  I would recommend this book to older middle school students and young high school students because of the complex plot and difficult words.  Although I occasionally struggled through parts of this book, I definitely do not regret choosing it because I have enjoyed reading this remarkable love story that differs greatly from modern romance novels.  I would give this an eight out of ten stars.

6.  What causes tension between the Bennets and the Lucases?
6a.  Mr. Collins successfully proposes to Charlotte Lucas three days after being rejected by Elizabeth.  Mrs. Lucas boasts shamelessly to Mrs. Bennet, causing great amounts of tension.  (127)
7.  What are Mrs. Gardiner and Elizabeth’s opinions on Mr. Wickham’s sudden interest in Miss King?
7a.  Mrs. Gardiner believes that Mr. Wickham took interest in Miss King only after the death of her grandfather “made her the mistress of [his] fortune.”  (153)  However, Elizabeth disagrees because he had taken interest in herself, who was equally poor as Miss King before she gained her large fortune.
8.  During Elizabeth’s stay at the Collins’, where is her favorite place to go, where she feels like she can escape Lady Catherine’s constant curiosity?
8a.  Elizabeth enjoys taking walks on the sheltered path on the side of the park. (168)
9.  What does Colonel Fitzwilliam tell Elizabeth that makes her feel indignant and furious toward Mr. Darcy?
9a.  Colonel Fitzwilliam explains how Mr. Darcy prides himself in “[saving] a friend from the inconveniences of a most imprudent marriage,” (184) referring to Jane and Mr. Bingley.
10.  What are Jane’s opinions on Elizabeth’s rejection to Mr. Darcy’s proposal, and how does her reaction reveal more of her characteristics?
10a.  Jane pities Mr. Darcy, realizing that he must have been greatly disappointed.  Jane is a unselfish girl that always thinks the best of everyone.  (220)

11.  What is Elizabeth’s first impression of Miss Darcy, who Mr. Wickham claimed to be cocky and full of herself?
11a.  Elizabeth finds her as a shy, quiet, and graceful girl, without any resemblance in personality to Mr. Darcy.  (254)
12.  What information does the letter sent by Jane to Elizabeth during her stay at Pemberley contain
12a.  Jane explains how Lydia had run off with Mr. Wickham at midnight, and everyone is filled with consternation, because no one knows where they are. (306)
13.  Why does Elizabeth run out of the room during Lydia’s wedding?
13a. Elizabeth runs out because she cannot stand Lydia’s oblivion toward all the trouble she had caused.  (306)
14.  What does Lady Catherine tell Elizabeth during her unexpected visit?
14a.  Lady Catherine insists that Mr. Darcy and Miss de Bourgh are to be married, and she refuses to allow Elizabeth to be an impediment of their marriage.  (343)
15.  What are Mr. and Mrs. Bennet’s reactions to Elizabeth accepting Mr. Darcy’s proposal?
15a.  At first, they are both extremely shocked, for they were certain that Elizabeth had “always hated him.”  (363)  However, after they recover their composure, both Mr. and Mrs. Bennet are overjoyed.