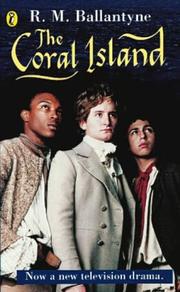 THE STORY:
The story starts of as three boys, Jack Martin, Peterkin Gay, and Ralph Rover set out to sail to the Pacific Ocean on a ship named The Arrow.  Jack Martin, the oldest of the three boys was known to be the most knowledgeable.  Ralph Rover was an average person who had the passion to be a marine when he grew up.  Peterkin, the youngest, was a thirteen year old whose attitude was diplomatic.  Eventually, The Arrow faces a indestructible gale causing the captain and his crew to sink deep into the Pacific.  Surviving the shipwreck, the three boys are stranded on an island which showed no signs of habitat.  A few weeks later, Jack meets Tararo and his daughter Avatea who had been wanting to convert to Christianity, but the chief was against it.  Tararo thanks the boys and leaves.  A few days later, a group of pirates arrive.  Unfortunately, Ralph gets captivated which caused the ship to sail away.  After landing on the island of Emo, Bill, Ralph’s partner and Ralph manage to escape the island by stealing the pirate ship.  However, Bloody Bill dies due to affliction.  Ralph sails back to the Coral Island picking up his friends and heads back to the island of Mango knowing that Avatea was not Tararo’s  daughter and that she was being held as a hostage.  On this island, Ralph learns about the sacrifice of humans.  The group sails to the island of Mango and reforms Christianity between Avatea and Tararo.

When I first started reading this book, I felt the author was trying to mainly stress more on the key details rather than the conflict of the first half of the story.  The first half of the book dealt with how the three boys survive on the island.  There was no real adventure going on in the first half due to the three group of boys trying to discover new features of the island.  The action started to slowly rise from the second part of the book  because that was when the pirates arrived.  I was shortly shocked by the human sacrifice done in this book.  The setting of this book does not stay at one place but rather travels around back and forth by islands.  The main issue for young readers of this book is the strong vocabulary and sentence structure being used, but anyone can read this book.  In my opinion, Puffin Classics cover the best adventurous books.  I rate this book nine out of ten stars.  It is one of the best adventurous books I ever read.

1. What was one thing Ralph Rover promised his mother before sailing into the sea?
1a. He promised her to read the bible every single day of his life. (4)

2. After being stuck on the Coral island, which person of the group leads everyone?
2a. Jack, the eldest out of the three people led the group with courage. (23)

MIDDLE SECTION
6. Throughout the whole story, why does Peterkin feel left out?
6a. Peterkin feels left out due to the limitations of him not being able to dive underwater. (109)
7. What does the group discover after all about the suspicious island?
7a. They only discover that the island is filled with penguins.  (143)
8. Due to Jack being the eldest in the group, what was his reaction to the group of prisoners?
8a. Jack did not trust them in the beginning because the prisoners were cannibals, but he still made contact with them anyway. (159)
9. After discovering a cave beneath the rock, what does Jack name it?
9a. Since Jack was the one to discover the cave, he names it the “Diamond Cave.” (170)
10. After being captured by the ship, what makes Ralph think that it is possesed by pirates?
10a. When Ralph first saw the black flag, it reminded him of pirates.  (176)

LAST SECTION
11. What plan do Ralph and Bill formulate in order to escape the island of Emo?
11a. While Ralph kept the guards busy, Bill slowly went out and placed a musket near one side of a tree, so the upcoming guards can trip over the musket and cause a distraction. (206)
12. What was the result of the musket being placed near the side of the tree?
12a. The musket caused a war between the two different groups.  Meanwhile, Bill and Ralph escape. (225)
13. What friend of Ralph dies during the voyage back to the Coral Island?
13a. Bill, Ralph’s best friend on the ship dies due to the affliction caused by the shot from the pistol. (235)
14. What do Ralph, Peterkin, and Jack plan before setting their voyage?
14a. They plan to convince Tararo to change his mind about Avatea who wanted to be Christian. (245)
15. How is the conflict resolved at the end of the story?
15a. The conflict is resolved when Tararo converts his village into Christianity. (280)