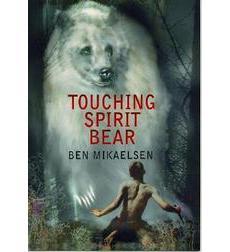 THE STORY:
After smashing Peter Driscal’s skull into the sidewalk and breaking the law countless times, Cole Matthews faces a prison term for the first time. As the day of his trial approaches, Garvey, an Indian parole officer, and Edwin, an elder from an Indian tribe, give him another option. Instead of going on trial, Cole can join Circle Justice. Cole eagerly accepts it as a chance to escape prison. After a few Circle meetings the Circle decides to bring Cole to a remote island in Southeast Alaska and leave him in complete isolation for a year. When he arrives at the island, Cole burns the prebuilt shelter and tries to escape the island. Then, he sees a mysterious white bear. When he next sees the bear, he tries to kill it but is unsuccessful and is mauled. After being mauled, a storm arrives. Soon, Edwin and Garvey find him and bring him back to civilisation to help him. After a few more meeting, the Circle decides to send Cole back to the island. During his second stay at the island, Edwin teaches Cole how to control his anger. After Cole rebuilds his own shelter, Edwin and Garvey leave. Soon Edwin tells Cole that Peter tried to kill himself, and Cole decides that he must help Peter. Peter and Garvey soon join Cole on the island in an attempt to help Peter recover. Cole and Peter then must learn to forgive each other.

During the beginning of the book, I had trouble figuring out what was going on because the story kept on changing from the present to the past. This confused me because they would be on the island and suddenly they would be back in the detention cell. Later on it became more clear after they finished all of the back story and stayed in the present. The story itself was good, but the vocabulary used was not at and eighth grade level, so I would recommend it to sixth graders or the eleven year old age group. One of the strengths of this book how everything is very descriptive and allows the reader to experience the adventure with the main character. I think that this story teaches people how to control their anger and also to respect everything and everyone. I would rate this book an 8 out of 10.

6. What does Cole do with the hairs of the Spirit Bear?
6a. He decides to toss the hairs of the Spirit Bear into the water. (pg. 112)
7.  Why is Edwin late to the Circle meeting?
7a. Edwin is late to the Circle meeting because of all of the traffic. (pg. 124)
8. Who else has seen the Spirit Bear
8a. A fishing crew has also seen the Spirit Bear on the island. (pg. 129)
9. What is the first dance that Cole dances?
9a. The first dance that Cole dances is the whale dance. (pg. 151)
10. What two activities do Cole and Edwin do every day?
10a. The two activities that Cole and Edwin everyday are soaking in the pond and rolling the ancestor rock. (pg. 143 & 154)

One thought on “Touching Spirit Bear”