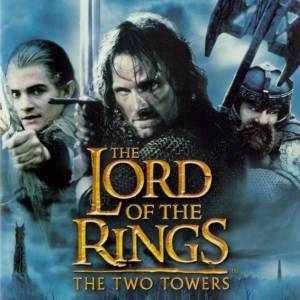 The Story:
In the beginning of the story, Aragorn, Legolas, and Gimli hear the horn of Boromir and arrive to find him dying, killed by orcs. The story moves on to Pippin and Merry, who have been captured by orcs. They escape by using an orc’s knife to cut their bindings, and meet Treebeard, an Ent, who takes them to his home. Later, Gimli, Legolas, and Aragorn are traveling when they meet Gandalf, who they previously believe dead, and he gives them messages from Galadriel, warning them to beware of the sea. The next day, they arrive at the hall of Theoden, the King of Rohan, where they meet the king and his deceitful advisor, Grima Wormtongue, and convince the king to take up arms against Saruman after he discovers that Grima works for him. At Helm’s Deep, they fight against the orcs laying siege to the fort. They defeat them with the help of Gandalf, who appears with a forest that swallows up the orcs. They travel to Isengard, where they meet Pippin, Merry, and Treebeard and discover that Isengard has been flooded by the Ents. They all leave for Minas Tirith, leaving Isengard behind them. The rest of the book focuses on Sam and Frodo and their travels towards Mordor. Along the way, the terrain presents many challenges, all while they are trying to avoid Gollum. Eventually, they capture Gollum and he appears to develop a nicer personality, with the old, evil personality still coming out every now and then.

This book uses old-fashioned and complicated language frequently, and I took some time before adjusting to it. This lends a more formal and seemingly medieval feeling to the book, which makes it far more interesting to read. The word choice also sometimes helped to get a point across that would have been much harder to communicate by using everyday language. One weakness the book had was what I felt was an overuse of dialogue, which sometimes took far more space than what seemed necessary to tell what was going on. However, most of the time, the interesting language often made up for the sometimes rambling dialogue that would not make sense due to a lack of background knowledge. If I had to go back in time and pick a book for this project with everything I know about this book, I would probably pick it again because I truly think that, overall, it was a good read. On a scale of one to ten, I would give this book nine stars.

1. Why did Frodo leave the Fellowship?
1a. He left to prevent the ring from corrupting them. (1)

2. What is the name of the rider who stops Gimli, Legolas, and Aragorn?
2a. Éomer, the Third Marshal of Riddermark stops them to find out who they are. (27)

3. What is the real name of the man commonly known as Wormtongue?
3a. Wormtongue’s real name is Gríma. (131)
4. What did Galadriel warn Legolas and Aragorn to beware of?
4a.Galadriel warns them about the sea. (112)
5. Who saved Gandalf from the tower, and why?
5a.Gwaihir the Windlord, at the bidding of Lady Galadriel, saves Gandalf. (111)

MIDDLE SECTION
6. What were Gimli and Legolas competing for at Helm’s Deep?
6a. They were competing for who could kill more orcs. (150)
7.What did Éomer think Saruman was doing?
7a. Éomer thought Saruman was oiling the Isen River. (171)
8. Why do the Ents hate Saruman?
8a. His orcs cut down their trees. (189)
9. Why did Frodo become furious at the thought of Smẻagol swearing on the ‘precious’?
9a. He does not want Smẻagol to “commit [his] promise” to the prophecy about the rings. (249)
10. Why does Smẻagol refuse to move until the moon sets?
10a. He fears that Sauron’s wraiths can see them at night. (264)