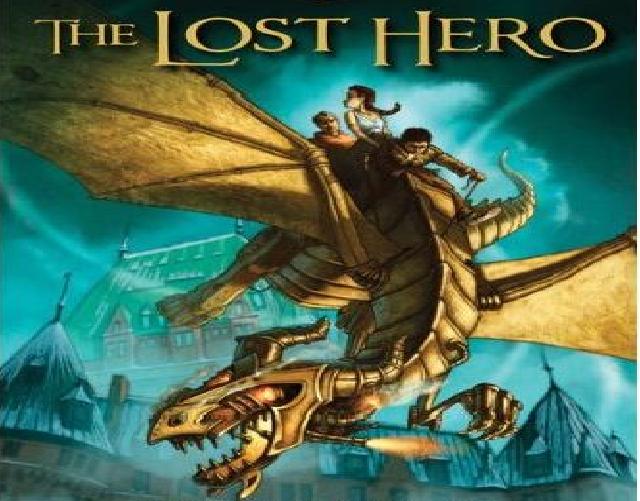 One day, Jason appears on a bus with two other people who apparently knew him, named Leo and Piper. Then they went to explore the Grand Canyon but then a hurricane hit. After a little fighting, Annabeth another demigod takes them to camp half-blood. She is very worried because recently, her boyfriend Percy Jackson disappeared from camp. When Jason, Leo, and Piper arrived at camp, Leo was claimed by his parent, immediately. While touring the camp, all three of the newcomers split up. While Piper was with Annabeth on the tour, they found the oracle. Shortly after the oracle appeared she glowed green and spoke to Piper. Annabeth quickly realized that Hera spoke a message through the oracle. Later at dinner, the oracle announced that the great prophecy had begun and that Hera has specifically selected Jason, Leo, and Piper to do a quest to save her (Hera). That night before the quest Leo found a dragon in the woods and realized that this would be extremely helpful for this quest. Along the quest, they had many narrow escapes, including escaping the two wind gods, Boreas and Aeolus. WIth that they also beat some cyclops and the giant Enceladus. Even though they beat and survived through all these monsters they still hadn’t saved Hera from what they now knew was Gaea, the Earth god and mother of the Titans and the Cyclops. WIll they prevail with this daunting task?

I picked this book to read on my free time, because I read the other books in the series and thought they were pretty good. This book’s strength is that it gives very good detail, but it’s weakness is you probably won’t get much build on your vocabulary unless you are in elementary school. Even though the book doesn’t build your vocabulary much, it does have a good choice of words. I think kids would mostly enjoy this book if they are in middle school. If I were to go back in time I would choose this book again, because it’s worth reading again for the reasons above. I’m not really a big reader but this series has really helped me have a better view on reading than before. If you want to read a fun book or series in your free time I would highly recommend this book and series. If I were  to rate this book out of 10 stars I would give it a 9 or 9.5.