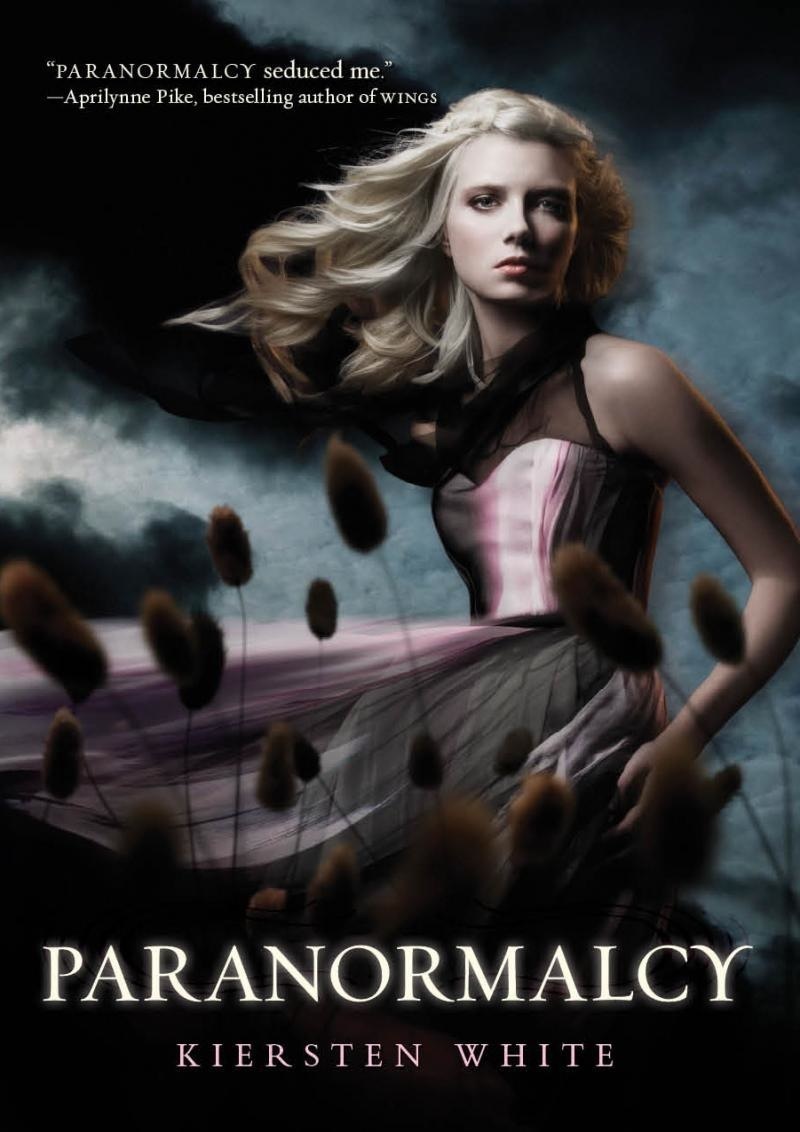 THE STORY:
Evie is a teenage girl that works for the APCA (American Paranormal Containment Agency). Her job is to find paranormals, creatures that are not humane such as vampires and werewolves, and bring them back to the APCA. Evie has unique power that no other human has that allows her to see through paranormal’s fake identity and see what they truly are. Her “mom”, a woman named Raquel, has suddenly gone missing. Evie finds out that a mysterious paranormal tries to take Raquel’s identity for unknown reasons. They confine it, and Evie starts to visit him, trying to find out more information about what he is. As they start talking, and Evie finds out his name is Lend and he is a shape-shifter, changing into anyone he wants. As they spend more time together, they start becoming close friends. Suddenly, Evie finds out horrible news that numerous paranormals are being killed. Evie stays at Lend’s house to keep away from the unknown creature killing all the paranormals, where she gets to go to Lend’s high school, hang out with his human friends, and go to prom with him. Everything is falling into place perfectly. But Evie’s nightmares suggest that her and the murderous creature, named Vivian, may have some sort of connection. Vivian talks to Evie through her dreams about things that Evie never knew about herself, and secrets that may change the lives of all paranormals forever.

When I first read the synopsis on the book, it sounded very interesting and enjoyable. The beginning of the book made it sound like an action-packed fiction book about magic and paranormals. But as the book went on, it started to sound like a typical love story and good vs evil plot. The idea of paranormals sounded unique, but the plot was too predictable. Occasionally, there were challenging vocabulary words, but overall the writing and use of colorful words was bland. One aspect this book was strong in was connecting to the reader. This book is about a teenager trying to fit in. The main character is the same as the target audience, which helped me connect with the main character. Plus, the use of sarcasm and teenage drama made the story more humorous and relatable. Some parts of the story could paint a picture in your head, but others used simple, broad words. I would recommend this book to ages between twelve and thirteen and I give this book a six out of ten stars because of the cliché storyline and lack of advanced vocabulary.

1. Why did eve you work for the APCA (American paranormal containment agency)?
1a. Evie was taken at a young age because of her special power seen through paranormal’s glamour. She is the only human in the world with this power, which makes her unique. (13)
2.  Why does Evie sneak out to meet with Lend?
2a. Evie wants to get to know him better, because they have never seen this kind of paranormal before. She was fascinated at the way he could change shape and form. (30)
3. What does Evie find in the building near the market and how did she escape?
3a. Evie finds twenty-five vampires in the building, and escapes by calling a faerie and teleporting out of the building. (51)
4. Why does Evie transport to Miami?
4a. She wants to take a break from everything happening at the APCA. She’s finding out quite a bit, including that she’s not allowed to leave the APCA, not that she wants to, and that she is classified as a paranormal even though she wants to feel more like a normal girl. (81)
5. Why does Evie not like Reth anymore?
5a. When Reth first came to the IPCA, he was a very handsome loving creature. Evie thought he was the most beautiful thing, and they always hung out. But one day, Evie sent out a catch a werewolf. When she was in trouble, Reth automatically came. He flung the werewolf into a tree and he was crushed alive. From then on, Evie saw beneath him and tried to avoid him, although Reth still likes her. (99)

MIDDLE SECTION
6. What marked does Reth leave on Evie?
6a. He leaves a burn mark on her wrist and underneath her skin, which only she can see, that is made of liquid fire. (113)
7. What is a hag?
7a. A hag is a type of paranormal that lives in the water. It lures kids in and drowns them. It takes the shape of an ugly old woman with fish eyes. (130)
8. Does Lend do any “normal people “activities?
8a. Yes, he is going to go to college. He says that high school is boring. He also says that he has not dated, which relieves Evie, although girls love his handsome face. But he says people do not know who he truly is. He also admits it’s nice to have a friend like Evie, that can understand him. (144)
9. Why does Evie let Reth touch or get near her again?
9a. Evie is desperate for her and Lend to escape from the girl that was killing all the paranormals. By touching Reth, Evie and Lend teleport to Lends house. Evie agrees to let Reth touch her, even though she knows it will cause tremendous burning pain inside for her. (184)
10. How did Lend to get into IPCA and what was his plan?
10a. Lend overheard his dad talking that the IPCA has all the answers, so Lend disguised himself as a zombie, knocked out the operative, and got into the Center. He took Raquel’s face and while he was searching for information, he got caught by Evie. Ironically, Evie was the one who kept leading company and saved his life by having a faerie teleport them away from the “thing” that has been killing paranormals. (192)

LAST SECTION
11. Why is there a restaurant full of untagged paranormal’s?
11a. Lend’s dad owns the restaurant to help keep paranormal’s away from the IPCA. In the restaurant, all of the paranormal’s are calm and cooperate, which surprises Evie. (228)
12. Why is Evie so excited to go to Lend’s high school?
12a. Evie you wants to fit in with all the normal high school students. She has always been isolated, but now she can experience a regular teenage life. (236)
13. Why is Evie hesitant to contact Raquel?
13a. Raquel would be mad at Evie, because she lost Vivian’s trackers, she freed Lend, she did not follow the protocol, and Evie did not return one she was safe. (261)
14. Why was Vivian depressed?
14a. All her life, Vivian had been alone, and when she heard about Evie, she wanted to find her. Vivian was at first jealous, but realized that they were both alike. They were both “made”, not born, and they both do not have souls. That is why Vivian kills paranormals, so that she can get their souls and to free them of “this world.” But when Vivian tried to talk to Evie, she had left. Vivian wanted Evie to join her so Vivian felt like she had a family. (291)
15. What did the Evie do to Vivian at Lend’s house?
15a. Vivian tried to show Evie how to steal people’s souls. Vivian convinced Evie to learn, saying that paranormals live forever, including Lend, and that they should free them of this world they’re stuck in. Evie is about to drain Reth of his soul, but instead she turns to Vivian, stealing/”freeing” the souls she had collected. Vivian laid lifeless on the floor. (319)