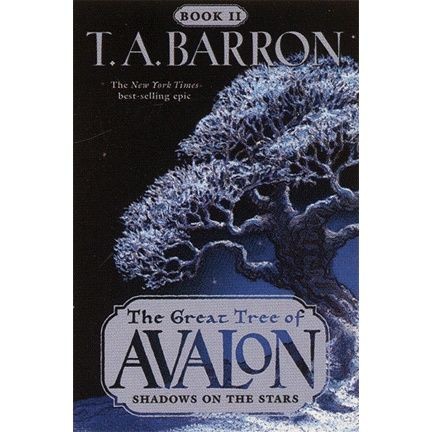 THE STORY:
Tamwyn, a young boy of power, travels with his companions to a cold place where they receive a message through strange visions that are shown on the skies. One of his companions, a girl named Elli, catches Tamwyn’s eye as a beautiful lady, and he begins to craft a harp designed to bring happiness to the girl. As they trudge on through the deep snow, they find a mystical creature who is supposed to be the messenger of “The Lady,”.  Tamwyn communicates with the creature only to find that his visions are true and the world is in danger from an evil sorcerer and a evil spirit from the other world. Later, Scree, Tamwyn’s brother is injured and carried to a village where he starts his quest for revenge against the brutal warriors. Meanwhile, the main group divides into 2 teams, one group is to head to the water dragons fortress while the other is to find someway to climb up to the stars. Elli’s group successfully arrives at the water dragon’s to learn that their true quest, to find the crystal that the evil spirit posseses, is in the most feared place of Avalon. Meanwhile Tamwyn travels far and finds that his father is dead, he then vows to carry on his father’s legacy and save Avalon. Tamwyn, along with his friends, all travel closer to their goal, Tamwyn wanting to carry a legacy, Elli wants to protect her friends, and Scree who wants revenge for his people.

MY OPINION:
When I first started reading the book, I felt as if I wouldn’t be able to keep up with the perspective changes through the book because they all seemed some what similar so I would get confused if this was one person or the other. Later on, I became more familiar with the context difference between the different perspectives. The early division of the group pulled me in to wonder how would they survive if they didn’t have each other. This story tells a very emotional tale of a boy who lost his father when he was young. This book also describes the relationship between father and son, friend and friend, and master and pupil. It is a very well written book. The only weakness I would say it has, is that it could use a more of larger momentum push riding up to the climax. This book is definitely a great pick and I would read the book again if I traveled back in time. I would recommend this book ages 10-14 because it is a great novel that pulls you in while also easy to understand. I would rate this book an eight out of ten.

FIRST SECTION
1. What is Tamwy afraid of when he is holding Ellie’s head?
1a. He is afraid of freezing and shattering Elli’s head like what he did to a watermelon before. (19)
2. What is the name of the wood that he held and what did he want to carve?
2a. Tawmyn uses a piece of Harmona wood to carve Elli a magic harp. (28)
3. How was Tamwyn able to use the magic inside him to heal Scree?
3a. Tawyn reaches down to the memories of him and Scree when they were young. (47)
4. What does Lleu say Belamir refers to them as?
4a. Nature’s benevolent guardians. (67)
5. Why does the torch goes out as Krystallus is swallowed by stone even though it is supposed to burn forever?
5a. The torch is connected to his life line. (100)

MIDDLE SECTION
6. Why did scree want to kill the Bram Kaie Clan?
6a. To help Tamwyn and Avalon while also avenging the death of Arc-kaya. (174)
7. What does Tamwyn refer to himself as when he is going up he waterfall, desperately needing air?
7a. Tamwyn thinks of himself as a tiny seed caught  by a powerful updraft. (198)
8. Why do they not trust what the jester says?
8a. They think because the jester made it from Shadowroot and knows where the crystal is, they think he might be an enemy spy. (217)
9. What did Tamwyn request before the wolf moved in to kill him?
9a. He asks for the man’s name, in which he responded as Gwirion. (247)
10. Why dos Gwirion want Tamwyn to heal quickly?
10a. Gwirion wants Tamwyn to heal quick so he can escape before his people start the ceremonies and use Tamwyn as a sacrifice. (271)

LAST SECTION
11. Why did Tamwyn give mistletoe to Gwirion?
11a. He gave the mistletoe to Gwirion because of the prophecy of the fire angels. (283)
12. What does Elli think of Brionna as?
12a. Elli thinks of Brionna as a loyal sister to her. (306)
13. Why did Scree feel bad for killing Maulkee?
13a. The queen told Scree after the battle that Maulkee was his son. (328)
14. Why would Ethaun finally agree to take Tamwyn to Krystallus’s grave?
14a. Ethaun finally realizes that Tamwyn is Krystallus’s son. (361)
15. What does Tamwyn have to do in order to relight those stars?
15a. Tamwyn would have to close the portals/doors that are actually the stars. (396)